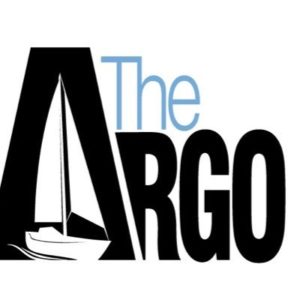 Speckled with boats and jet skis on a warm summer day, Barnegat Bay has long been a major hotspot for tourists and residents, along with a point of focus for local marine science professionals and students. 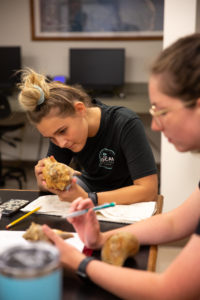 Brianna Triebel counts spat on a subsample of whelk shells that are part of a study to see if oysters can benefit eelgrass growth. (Photo credit: Susan Allen/ Stockton University)

Barnegat Bay, about 30 miles from the Atlantic City coastline, has long been a part of the trend of a global decline in oyster populations leading to a massive loss of habitat. Currently, due to various environmental and human-influenced factors, the oyster population is less than 1% of what it used to be. Although the oyster species itself has not gone extinct, the oyster reef habitat in Barnegat Bay virtually has disappeared.

Since 2016, Stockton University marine science researchers have collaborated on a research project with Parsons Mariculture. Started by Dale Parsons from the Parsons Seafood Restaurant in Tuckerton, the goal of this project is to restore the oyster population in the Barnegat Bay watershed.

The Tuckerton reef — located in the bay off the coast of Tuckerton, New Jersey —  is the main focus of the project. Each year researchers plant cages of recycled oyster shells and whelk shells speckled with “spat”, or oyster larvae, onto the 2-acre plot at Tuckerton Reef. These plantings will continue to occur as the project is currently funded through 2022.

Christine Thompson, an assistant professor of Marine Science at Stockton University, plays a major role in the oyster reef restoration project both in the lab and in the field. Thompson said, “We are bringing these oyster populations back to restore the ecological services that oysters provide.” These services and benefits include the filtration of water and the availability of habitat for fish and invertebrates. Not only are these services important to the overall health of Barnegat Bay, oyster reefs historically have also supported the oyster fishing industry and helped provide jobs. Economically, a healthy bay supports tourism services too.

Several of Stockton University’s Marine Science students have had the opportunity to get involved with this project. Interns have worked with Professor Thompson both in the lab and out in the field, assisting with tasks such as data analysis and hands-on field work. 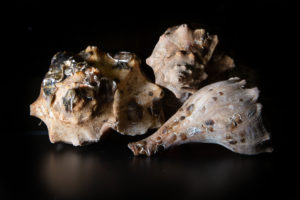 A marine science student involved in the project is Brianna Triebel. Triebel was involved in counting spat in the labs, but also contributed to the community engagement side of the project, the oyster shell recycling program. Brianna works at the Daymark Bar and Restaurant, a participating restaurant in the program.

The shell recycling program involves a number of restaurants on Long Beach Island and in Atlantic City. The participating restaurants collect their leftover oyster half shells at the end of each day. These shells are then delivered to Parsons Seafood in Tuckerton, New Jersey. Eventually, participating researchers and interns plant the shells onto the Tuckerton reef.

Discussing her experience, Triebel said, “Being able to participate the way that I did was really cool.” As a marine science student she appreciates that she not only can play a role in the science part of the project, but in the social and community based aspect as well.

Her unique experience working with the reef is an example of the benefits that students, scientists, and community members all gain from this project. 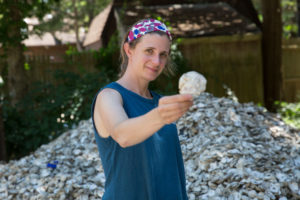 The Hard Rock in Atlantic City is another participating restaurant in this project. Grace Chow, the Vice President of food and beverage at the Hard Rock, expressed her excitement and interest in the oyster recycling project, saying, “It’s been really exciting to see the program continue to evolve and to see more and more restaurants in the area looking to get involved.”

By simply going out to dinner, people in the community are engaging in bay restoration without even realizing it. Some restaurants do try to let patrons know by placing flyers on tables or dedicated small spaces on their menu detailing their contribution to the project.

There are also websites and companies that are assisting with funding for this project by advertising the shell recycling program. One example of this is Jetty, a New Jersey-based surf and skate apparel company, which advertises the project through its “Follow the Shell” campaign. Jetty’s Rock Foundation is also a supportive funder of the project.

Triebel said, “If we can get the community involved in a project that not only helps the oceans and the organisms in the ecosystem but for us as humans economically, it benefits everybody.” 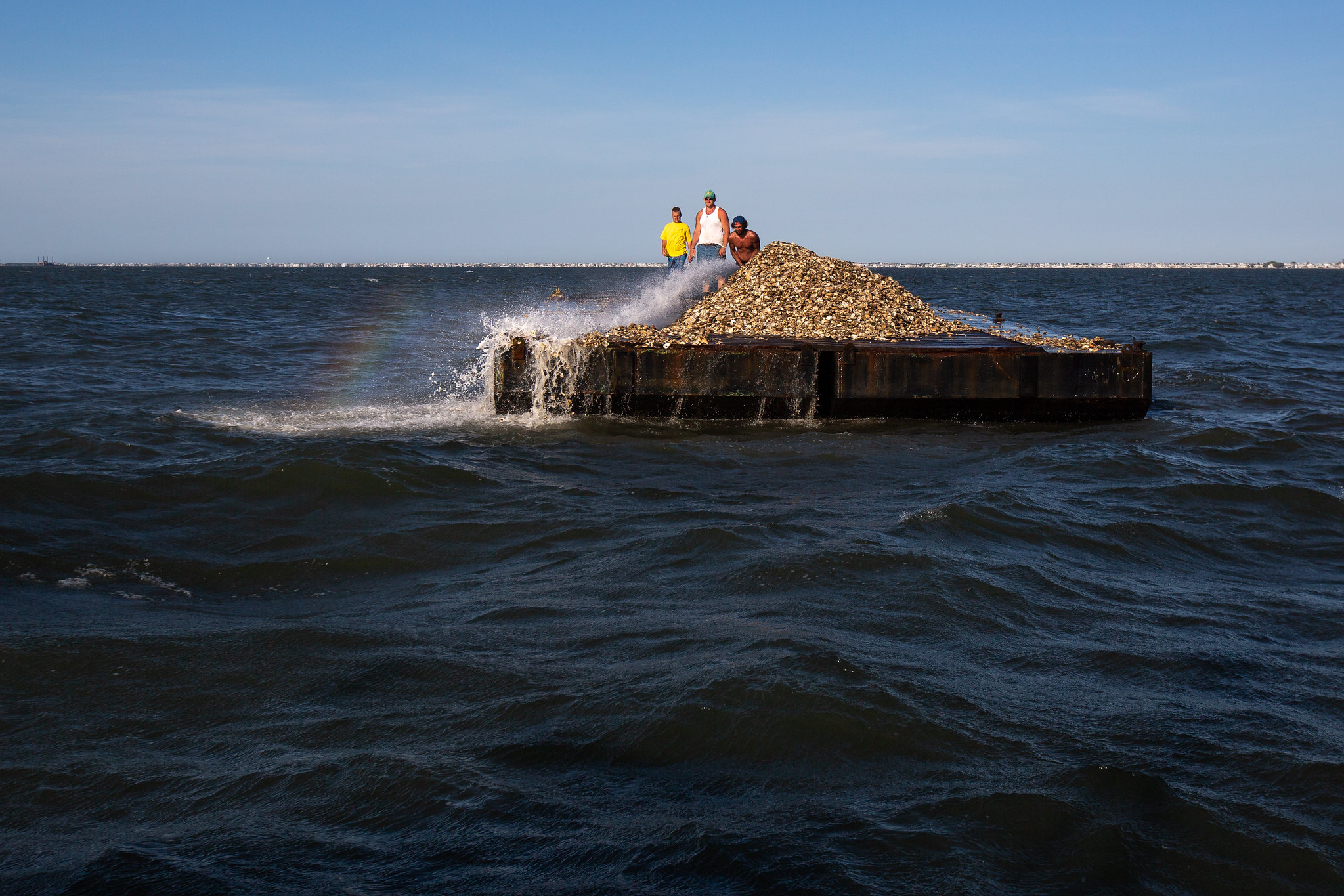 This story was produced in collaboration with CivicStory (CivicStory.org) and the New Jersey Sustainability Reporting Hub project (SRhub.org). It was originally reported by Amanda Wallace for the Argo, Stockton University’s independent student newspaper, and may be re-distributed through the Creative Commons License, with attribution.