MOUNT LAUREL – Marcus Sibley recently described sitting in a meeting with fish and wildlife officials when he looked around the crowded room and noticed he was virtually the only person of color ready to talk about sustainability and the environment.

He also immediately realized that was a huge problem for the movement. 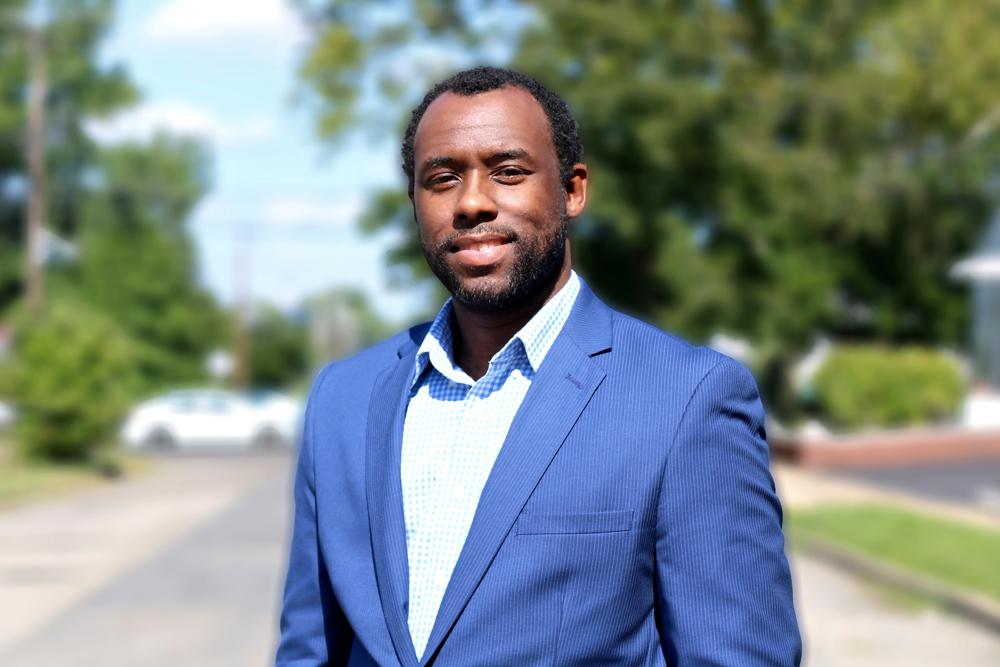 Marcus Sibley, environmental and climate justice chair for the New Jersey State Conference NAACP as well as president of the Southern Burlington County branch of the NAACP, is working to involve marginalized communities in sustainability and the environment.

Sibley is the environmental and climate justice chair for the New Jersey State Conference NAACP as well as president of the Southern Burlington County branch of the NAACP. He has traveled the region and the country talking about the importance of sustainability and the environment in conjunction with how the movement needs to aggressively and intentionally get marginalized communities involved.

For Sibley, it simply isn’t enough going into Black and Brown communities preaching about sustainability, but it is about getting people in those communities to lead the effort and address issues—like environmental racism—that strike home with them.

“I looked around the room and I could count on one hand how many Black people were in there,” Sibley told Front Runner New Jersey. “So, I said, ‘I need you guys to tell me what your plan is for the next 10 years for this room to be more representative of the country we live in.’

“When people get in rooms to make decisions about these communities, you never find people like me in there,” Sibley continued. “What’s more powerful than bringing people jobs?”

Today, as one of the state’s leading voices for people of color about environmental issues, Sibley is passionate, knowledgeable, and committed to making the planet sustainable for his young daughter. He shares the same passion when he explains the challenges the movement faces in addressing people of color. In short, ethnic minorities are facing a lot of critical issues.

Historically, New Jersey’s low-income communities and communities of color have been subjected to a disproportionately high number of environmental and public health stressors, according to the state’s Office of Environmental Justice.

Those include pollution from numerous industrial, commercial, and governmental facilities located in those communities. People living in those communities suffer from increased adverse health effects of a wide range of illnesses, including asthma, cancer, elevated blood lead levels, cardiovascular disease, and developmental disorders.

The COVID-19 pandemic laid bare the state’s healthcare disparities as Blacks and Latinos suffered from the virus disproportionately in New Jersey and across the country.

Sibley said in many Black and Brown communities, people face the urgency of a myriad of issues. In what he referred to as a “hierarchy of needs,” sustainability doesn’t really register, he admits.

“There is a mental picture of what an environmentalist looks like that completely excludes an entire group of organizers that are really focused on fighting environmental racism,” Filión said. “I think the jargon that we use and the way we use inclusive language are important.” 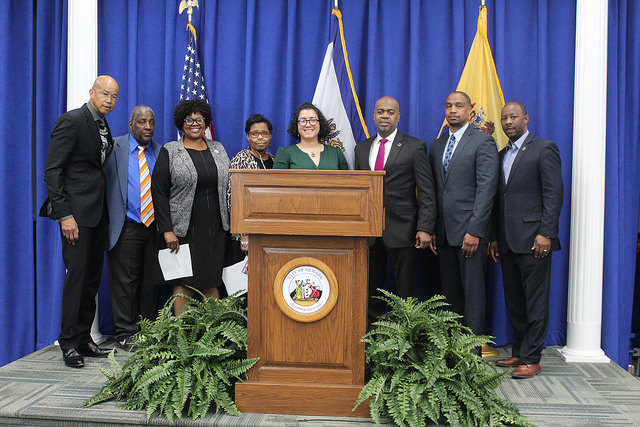 In a recent briefing organized by CivicStory, Filión said that people of color are involved in sustainability efforts but don’t feel they are connected to the movement. She described a recent conversation with an African American woman who said she wouldn’t describe herself as an environmentalist, but often led talks with her neighbors and friends about recycling, planting gardens, and clearing storm drains to alleviate rising rainwater.

“I told her she was like the definition of a sustainability champion,” Filión said. “I said, ‘You don’t see yourself as that person, but you are.’ That, to me, says we need to create programs that meet the needs of the community on the ground.”

Renee Pollard, environmental and social justice chair of the Sierra Club New Jersey chapter, said Black and Brown communities have disproportionately suffered some of the country’s most challenging environmental issues, from polluting plants in their neighborhoods to illegal dumping and poor housing stock.

Pollard, who sits on the New Jersey State Conference NAACP’s environmental and climate justice committee, said the communities deserve a concentrated effort to address their concerns. 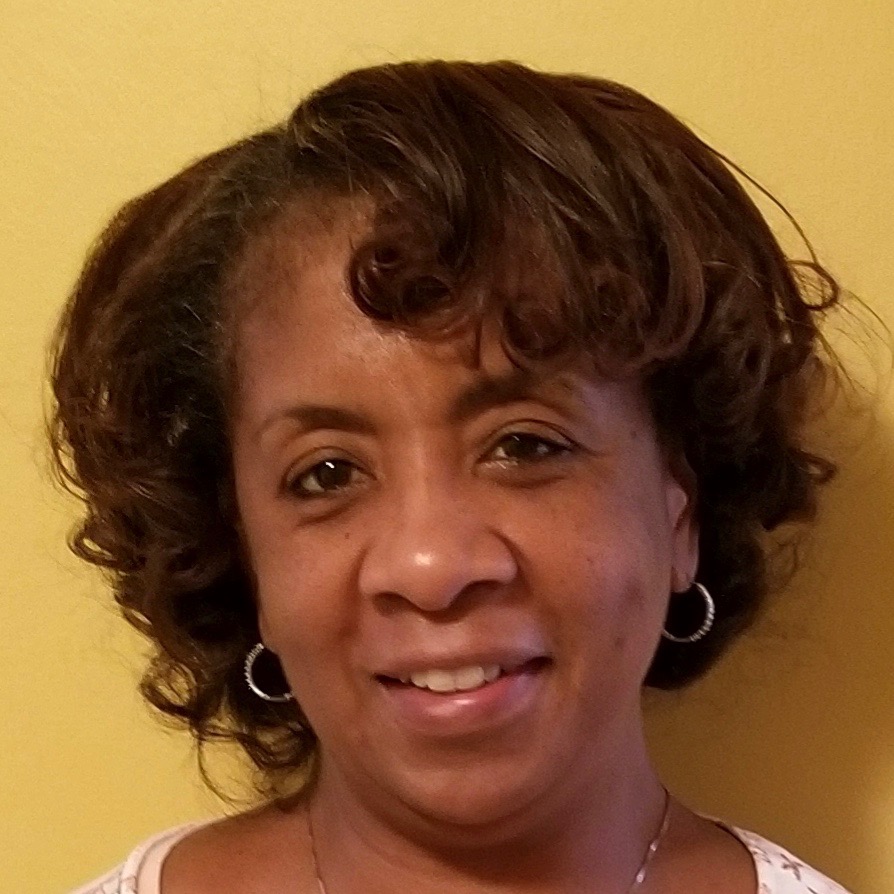 “It is critical to have Black and Brown people be a part of the environmental justice movement including sustainability,” said Pollard, a member of the Washington Township school board who works at Camden County College. “The frontline communities are mostly comprised of Black, Brown, and low-income people. They need to be a part of the conversation when decisions and policies are made that affect them directly.

“If you are not fully creating changes that will improve their lives physically, mentally, environmentally, and economically, it will not be sustainable. They know what their community needs are, and to do it without them would be a disservice.”

Sibley said he needs environmentalists speaking up about environmental racism and social justice issues more forcibly because those issues, and harms done to Black and Brown communities through pollution and other issues, are all tied together.

“This is why I always push environmental groups to become vocal on social justice issues,” Sibley said. “If environmental groups use their leverage, their resources and their relationships to fight on the social justice side, then that will free up many people to join the fight to preserve and protect our planet. That’s always my spiel. Let’s engage because at the end of the day, we need each other to protect our planet.”

He said at the same time, he tells Blacks and other minorities that their environmental challenges are real and they need to demand their voices be heard.

“If we don’t make investments in renewable sources of energy, the air [and] the pollution is going to get markedly worse,” Sibley said. “Our community needs to be involved in the fight. We have to come to the reality that our communities face these issues disproportionately because of racism and white supremacy. We need to say that. Why are these pollutants mainly in the Black communities?”

Filión and Sibley said one place sustainability and environmental groups can start in engaging these communities is through hiring. They said lack of trust the communities hold for authorities makes it imperative for them to recruit trusted messengers.

“If you don’t have Black and Brown people hired by organizations advancing this work, you are literally trapping yourself in the lack of representation,” Filión said.

At the end of the day, Sibley said honestly talking about the challenges of sustainability—whether it’s addressing the costs, eradicating polluting plants or finding infrastructure solutions to sewage issues—is also a critical start.

“The elephant in the room is always going to be that certain things are always happening to certain areas,” Sibley said. “They don’t care about the Newarks or Camdens because those are predominately Black and Brown communities. No one can tell you with a straight face that this has nothing to do with race. Would you propose such a project in Cherry Hill? What about Scotch Plains? The talks wouldn’t even last a day.”

Regardless of the difficult conversations ahead between those involved in sustainability, the environment, and the Black and Brown communities, Sibley, Filión and Pollard said those conversations are long past due.