ATLANTIC CITY – When Ryan Tookes, community liaison for Atlantic Shores Offshore Wind project, addressed the Hispanic Association of Atlantic County last month at its general meeting, he was ready to talk about all the virtues of sustainable wind power.

Tookes was ready to address the meeting on how the offshore winds would be a reliable energy source for generations when the project comes online in 2027. He was prepared to tell members how it would deliver power to 1.5 million homes and help the state reach its future clean energy goals without taking up a whole lot of space.

But Tookes, who runs the South Jersey consulting firm Tookes Strategic Group, also wanted to talk about jobs, how the project will provide plenty of them, and how the Hispanic community and other communities of color can benefit from them. 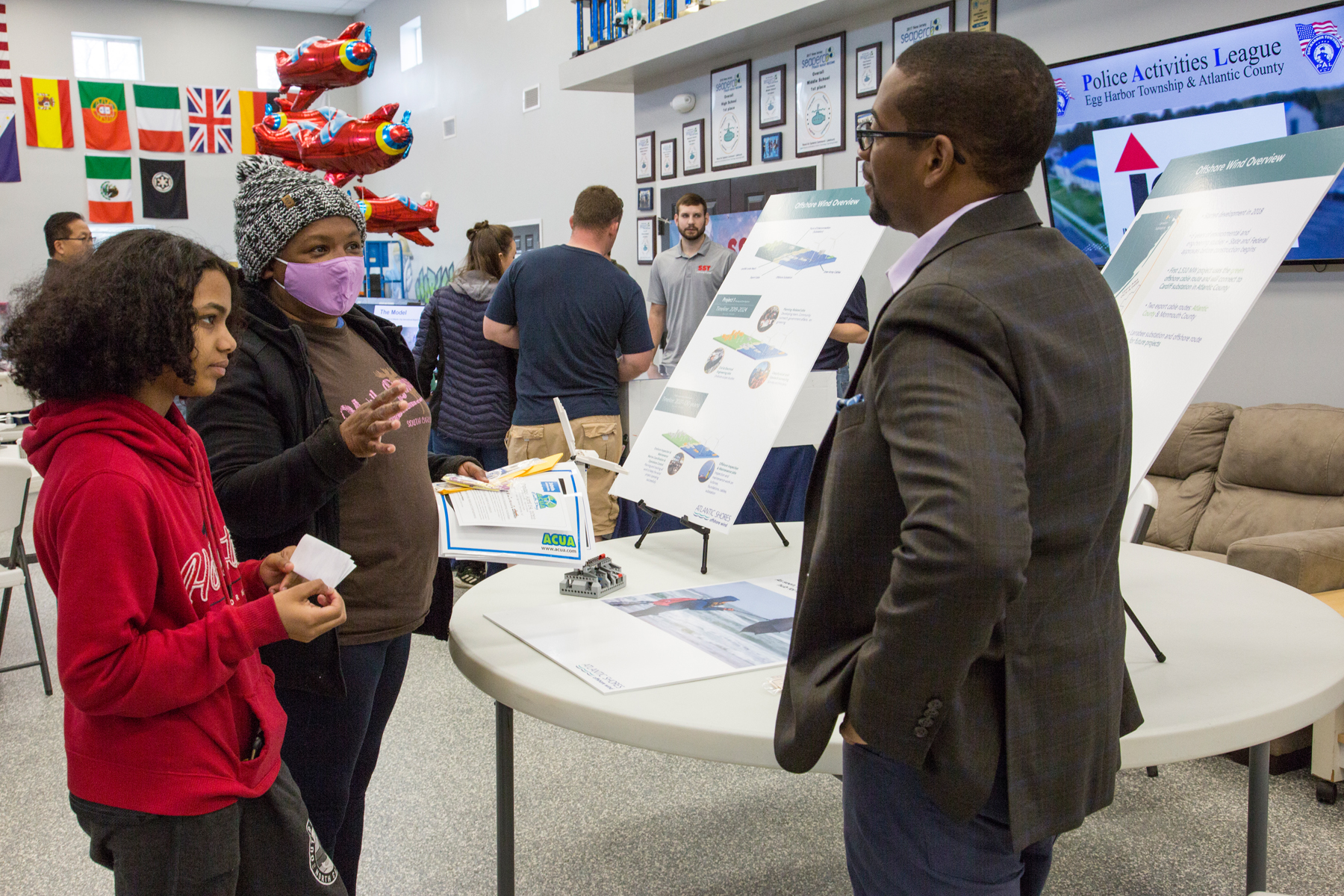 The Atlantic Shores Offshore Wind project, which is being built between Atlantic City and Barnegat Light about 10 to 15 miles from the shoreline, is the largest single offshore wind project in New Jersey and third largest in the United States to date.

“My primary responsibility is to make that connection between the company and local folks in the community, as well as local government folks,” Tookes told Front Runner New Jersey after the meeting. “I think the most important thing to do is let folks know about the project because it’s being built right off the coast of Atlantic City and people who live in Atlantic City should benefit from that, whether it’s from the energy or jobs.”

“There’s going to be billions of dollars coming into this city and county from the project and some folks don’t even know about it,” Tookes continued. “It’s really been one of the things I’ve been focused on: letting folks know about the project, what is happening and what it means for them.”

Atlantic Shores Offshore Wind, LLC is a 50-50 partnership between Shell New Energies US LLC and EDF Renewables North America. The project not only has the potential to provide clean energy to millions, but to add next-generation jobs to the region. 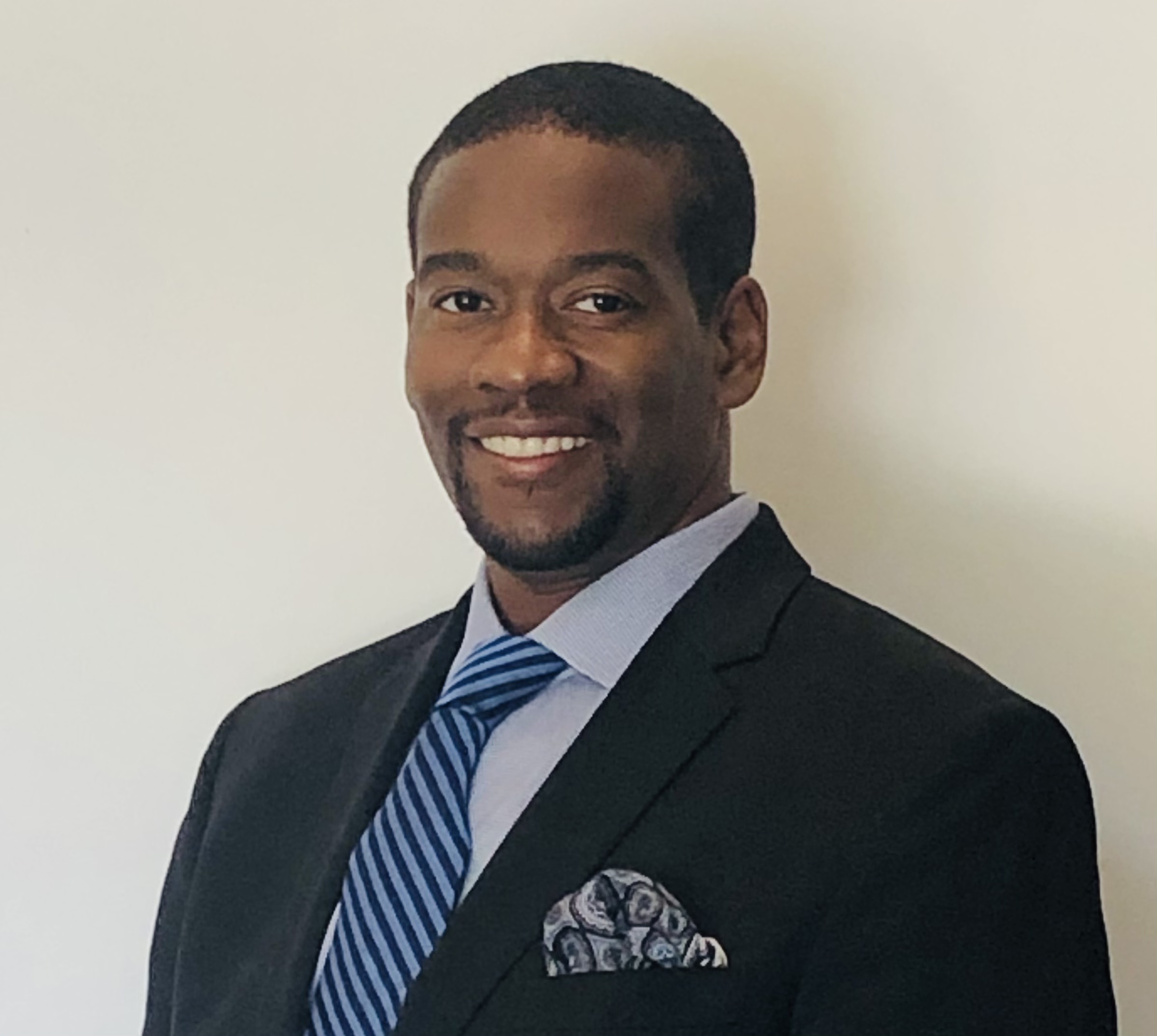 “I’m letting folks know about the jobs associated with what’s coming and there’s got to be over $150 billion that’ll be pumped into the economic stream over the next five to 10 years. That’s tremendous,” Tookes said.

Hence, Tookes’ visit to the Hispanic Association of Atlantic County meeting, as well as recent events held at Stockton University of Atlantic City, the Atlantic City Boys & Girls Club and other community and grassroots organizations, with a message that no one should be left out of the new green and sustainability economy.

Julia Kortrey, a senior project officer at the Economic Development Authority, said in an April article in NJ Spotlight that other marginalized communities in South Jersey will benefit from the arrival of green jobs.

Developers who looked two years for a wind port picked a site on the Delaware Bay in Salem County where offshore wind components will be brought in and assembled before being shipped to their ocean sites. A new factory owned by Germany’s EEW will make “monopiles,” the undersea sections of turbine towers, in Paulsboro.

Tookes’ and Atlantic Shores’ outreach just in May have been impressive in the many ways they worked to engage youth in Atlantic County, especially young people of color in Atlantic City, whose minority population tops 50%.

On May 18, Atlantic Shores hosted a Careers in Energy Expo where local high school students and other career seekers were invited to the company’s ECO Center on Stockton University’s Atlantic City Boardwalk campus to learn about opportunities in clean sustainable energy.

On May 12, Tookes and Atlantic Shores’ Lexi Reynolds spoke with Stockton University’s Engelberg Leadership Scholarship Program about the future of offshore wind in New Jersey, including jobs and community benefits.

“The STEM Expo not only underscores Atlantic Shores’ commitment to community, but by having both kids and their families involved, it also serves as a reminder of the positive multi-generational effect our Project will have on the region,” Tookes said, according to the Atlantic Shores website.

The Boys & Girls Club of Atlantic City, through its STEAM Lab, helped design a logo that appeared on Atlantic Shores’ t-shirts at the IPF Conference in Atlantic City.

Tookes said being raised in Newark, a majority African American city that has its own host of environmental justice challenges, has made him even more committed to his message from Atlantic Shores.

“Growing up in Newark definitely influences the passion that I bring to the work that I do with Atlantic Shores, specifically as it relates to opportunities,” Tookes said. “Opportunities and information are inextricably linked.

“Offshore wind will bring significant economic growth to New Jersey. Recruiting, training and hiring a diverse workforce, and connecting with the communities that are local to the project, are an important component to that. I believe strongly in that goal.”

Tookes said that he will continue to visit colleges and groups in all communities to make sure they not only understand about the arrival of Atlantic Shores but take advantage of the opportunities that are coming with it for residents and workers.

This story was co-produced in collaboration with CivicStory (www.civicstory.org) and the NJ Sustainability Reporting Project (www.SRhub.org).