Six weeks after New Jersey’s plastic bag ban started, those worried about plastic piling up in landfills or polluting waterways are already plotting what’s next to reduce or recycle an immortal material once hailed as a scientific wonder. 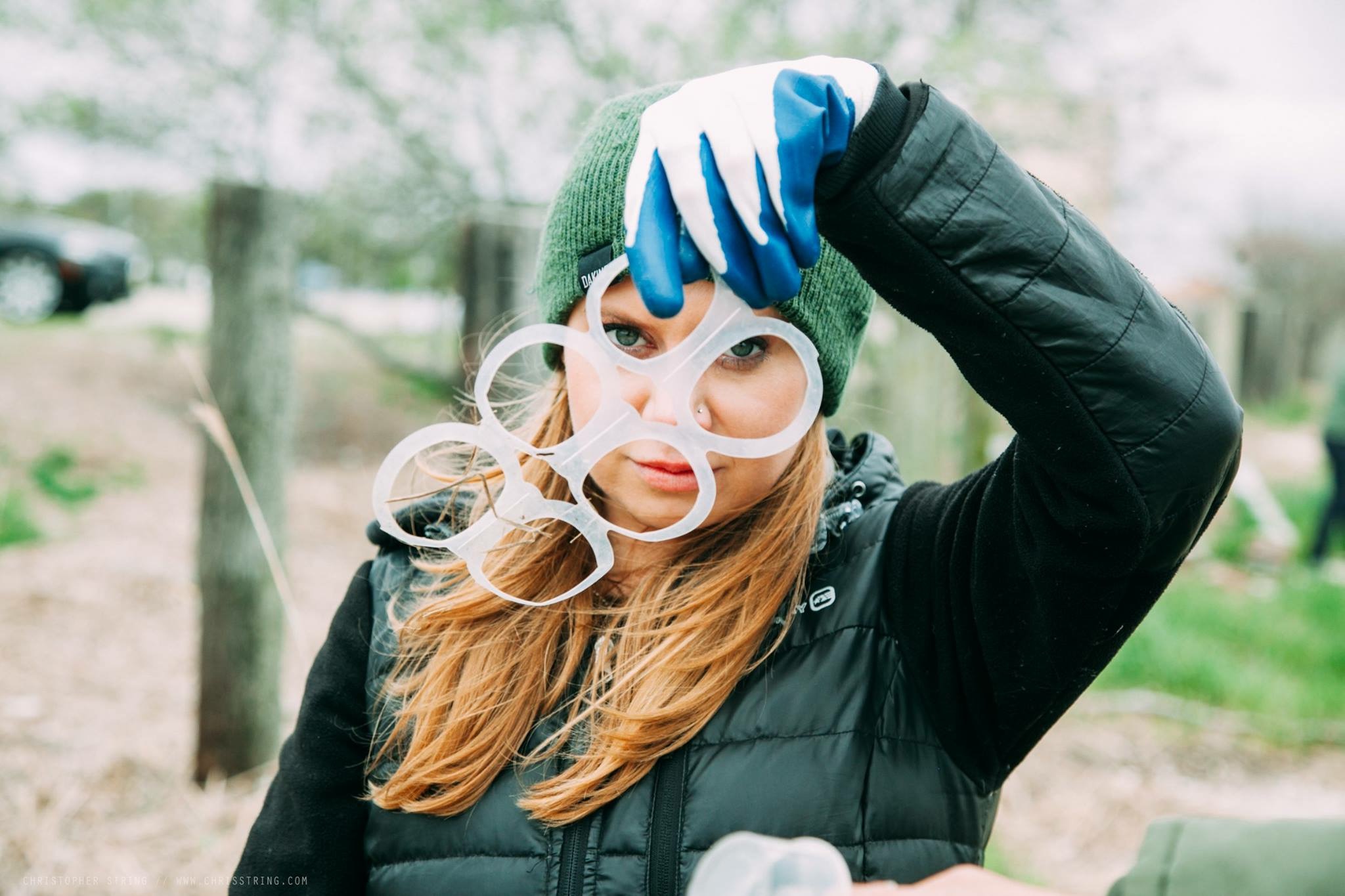 Some are counting the days until a new state law takes effect in January 2024 that bans polystyrene packing peanuts and requires manufacturers to use more recycled content in packaging. A Rutgers professor who invented plastic lumber says builders should use plastic instead of wood to construct bridges and railroads. One lawmaker envisions paving some of New Jersey’s 39,000 miles of public roadways with plastic.

“The statewide law focusing on reusable bags was the first step. Now we want to make sure the next step that’s taken is strong and can help address the plastics pollution problem,” said Kari Martin, Clean Ocean Action’s advocacy campaign manager.

On Monday, a parade of plastics advocates and critics debated that next step when they testified at the Statehouse in Trenton before a Senate panel weighing a bill that would require manufacturers to be responsible for the plastics they produce. The Senate’s environment committee heard nearly three hours of testimony from about 20 people on both sides of the issue.

Among the steps environmentalists called for:

“If you want to fix the plastic pollution problem, recycling isn’t going to do it. We have to get serious about waste reduction,” Judith Enck, president of Beyond Plastics and a former U.S. Environmental Protection Agency regional administrator, testified.

Lobbyists representing food and beverage retailers, packaging trade associations, and other businesses who testified said they agree in concept with the need to reduce plastic pollution. But they pleaded with lawmakers to consider the costs any legislation might have on an industry ill-equipped for a wholesale overhaul of its packaging processes.

“Plastic serves a vital purpose in business and industry and in our personal lives,” said Anthony Russo, president of the Commerce and Industry Association of New Jersey. “This is a major undertaking. It’s going to take some time to work through the details.”

The hearing was intended as a discussion only. Sen. Bob Smith (D-Middlesex), the committee’s chair and sponsor of the manufacturer responsibility bill, said he will take the summer to weigh input and tweak the bill for further consideration in the fall.

The discussion comes as plastic sees a boom in production, partly fueled by increased demand during the pandemic.

Environmentalists urged legislators, manufacturers, and the public to act before the world’s oceans contain more plastic than fish, as the World Economic Forum warned could happen by 2050.

There’s evidence of that trend already along New Jersey’s coastlines. Clean Ocean Action, a nonprofit based in Long Branch, organizes biannual cleanups of New Jersey’s coastlines and waterways. Last year, volunteers removed more than a half-million items of garbage, and 82% of it was plastic and foam trash, including 69,454 bottle caps and lids.

“Our first and foremost recommendation has always been to not make the plastic waste in the first place, so that we don’t have to figure out what to do with it after it’s used,” Martin told the New Jersey Monitor. “Beyond reduce, reuse, recycle, we also say refuse, because if we refuse single-use plastics, we’re hoping the manufacturers see that people are changing their ways and will respond by producing less plastic.”

While producing fewer plastics inarguably would reduce how much material might end up in landfills or pollute waterways, that doesn’t address the plastics already in circulation, environmentalists say.

A 2020 study found that while China is the biggest manufacturer of plastic, the United States generates the most plastic waste. Of all plastic produced in the U.S. since 1950, another study found, 91% of it has not been recycled. Enck’s Vermont-based group, Beyond Plastics, recently found just 5 to 6% of plastic gets recycled nationally.

In New Jersey, just 38% of solid waste is recycled, according to the New Jersey Department of Environmental Protection. That’s higher than the national rate of 32%, but still short of the state’s 50% goal.

“If your bathtub is overflowing, you don’t start by bailing out the water. You start by turning off the tap,” Doug O’Malley, director of Environment New Jersey, testified.

Smith’s wide-ranging bill would require packaging producers to create a “stewardship plan” in consultation with the state Department of Environmental Protection. The purpose of the stewardship plan would be to make producers responsible for the packaging they create; reduce the amount of waste generated from discarded packaging products; promote recycling; and “otherwise minimize public sector involvement in the life-cycle management of packaging waste.”

Such an approach, known as “extended producer responsibility,” shifts the financial burden of managing packaging waste from municipalities and taxpayers to the producers that put packaging on the market. Three states — Oregon, Colorado, and Maine — have such laws, and New York legislators now are considering such legislation, Enck said.

Enck urged New Jersey legislators to expand on Smith’s bill by passing a “bottle bill,” which would require beverage producers to pay consumers a deposit for every container they return to the company for recycling. Such laws are already in place in about 10 states, including Connecticut and Maine.

“This shifts the burden from an always underfunded taxpayer system back to the businesses, for them to take responsibility for what they’re putting out into the world and the pollution that they’re causing in our oceans, our rivers, our parks, our drinking water, our food, and our air,” Coffey told the New Jersey Monitor.

Two other lawmakers, Assemblywoman Carol Murphy (D-Burlington) and Sen. Richard Codey (D-Essex), introduced a resolution earlier this year calling on the Department of Environmental Protection and the Economic Development Authority to create a plastics recycling marketplace, which is intended to build demand for recyclables by monetizing them.

Environmentalists welcomed those measures too.

“This is a multi-generational, very complicated problem that’s taken decades to create. So there’s no one silver bullet to this,” Coffey said.

She introduced a bill in January that would require the state Department of Transportation to study and report on whether construction crews could use plastic to pave New Jersey’s roads.

Gill, a sponsor of the law banning plastic bags, said she was inspired to act after reading how other states and countries have incorporated plastics into their highway infrastructure.

“We have to look at methods in order to reduce the plastic in our landfills,” Gill said. “It’s a fascinating subject — some countries even use plastic in bricks.”

Gill said she focused on roads “because that would be the largest amount of plastic that we could get rid of.”

Paving with plastic is a controversial idea because some critics contend it could have the unintended effect of driving up demand for plastic.

Tom Nosker, a professor of material science and engineering at Rutgers University, doubts plastic roads would work in New Jersey. Plastic expands and contracts as temperatures change, he said.

“Basically, when the wintertime came, the roads would suddenly develop big cracks,” Nosker said. “In a place like New Jersey that can get down to below zero Fahrenheit and up to 100 degrees, this will be a disaster. It works well for places where they have a very narrow temperature range.”

Gill said her task force would examine all the many ways plastic could be used in infrastructure.

When it comes to recycling plastic, there are fewer experts busier than Nosker, who’s principal investigator of Rutgers’ Center for Advanced Materials. Over almost four decades, he has invented so many ways to reuse plastic that he has about 30 patents.

His greatest success might be structural plastic lumber that’s now used to make bridges, railway ties, docks, and picnic tables. It’s cheaper than lumber, concrete, and steel and requires less maintenance, he said. The military is a fan of Nosker’s work.