Rising sixth grader Delilah Lovell’s waders flooded with river water. And she didn’t have a change of clothes in her backpack.

Delilah made her way to the river bank, peeled off the waders and wrung out her socks. She found a sunny spot on the muddy bank, hoping to dry off quickly.

She watched her fellow campers, including her twin sister, Diane, splash around in the Third River, searching for bioindicators—plants, plankton, animals and microbes that indicate the health of an ecosystem—at the Alonzo F. Bonsal Wildlife Preserve. 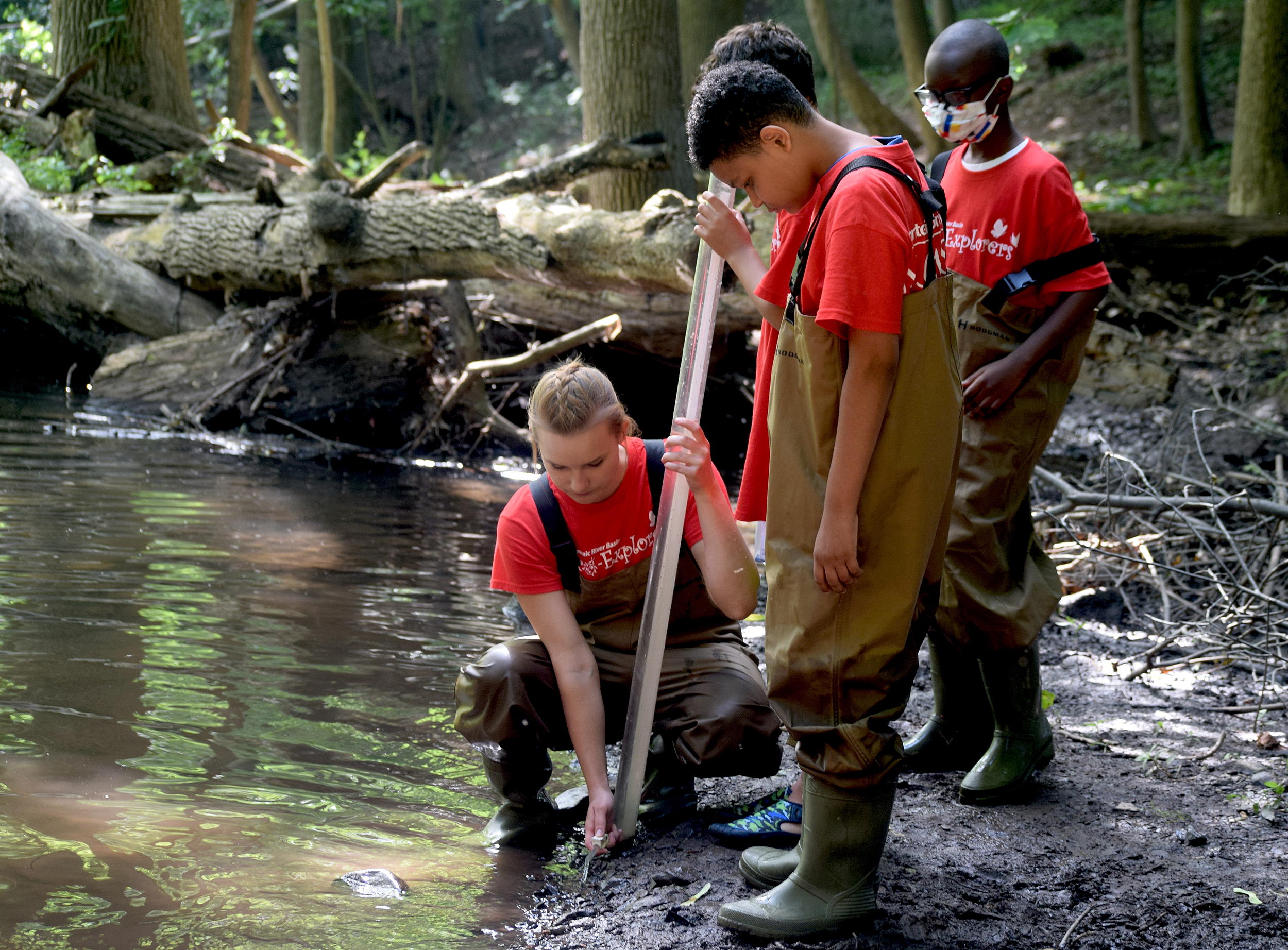 The middle school students, part of the Eco-Explorers Program run by the New Jersey Center for Water Science and Technology at Montclair State University, swung nets through the water, picked up rocks and kicked up the river floor, hoping to catch macroinvertebrates to bring back to the lab.

After about 20 minutes, Delilah decided to pull the wet waders back on and join the crowd in the water.

“I have the confidence to go back in,” she said. 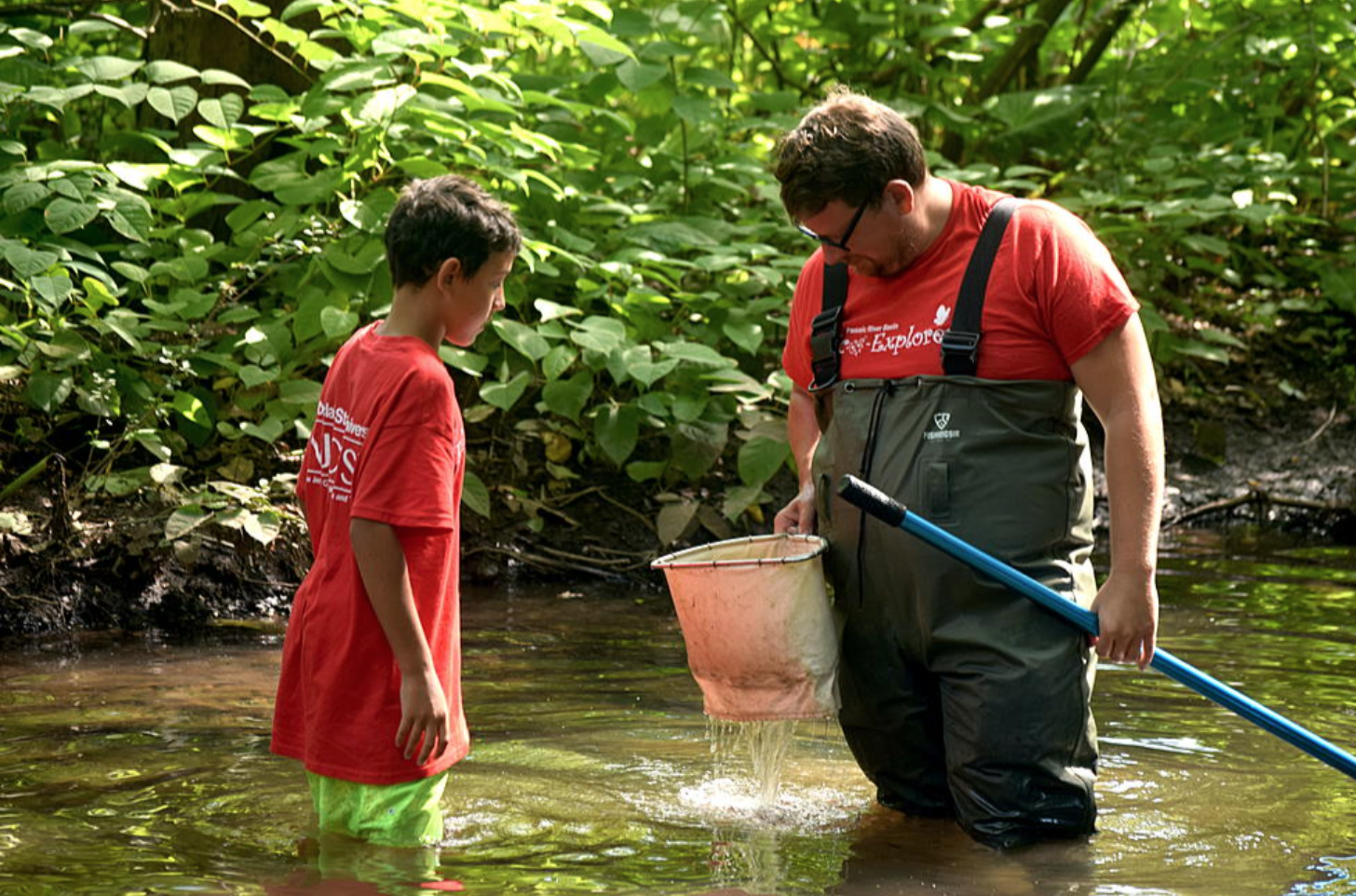 The Eco-Explorers Program, started in 2008, is a four-week summer program for middle school students that combines recreational activities, environmental education lessons, computer technology lessons and guided field trips, according to the program’s website.

Applicants who are selected to participate are awarded full scholarships.

“The Eco-Explorers summer program connects students from underserved communities to the natural world and gives them a hands-on learning experience about ecology, environmental science and sustainability,” Melissa Mazzaro, the water science center’s coordinator of education and outreach, said. “The scholarships are funded by donors so that the Newark students are able to have this unique experience cost-free.”

The camp’s target area is Newark, and all but one of this year’s 18 campers are students at Link Community Charter School in Newark. In past years, the program has served students from Ann Street School, Lafayette Street School and Wilson Avenue School, all in Newark, Mazzaro said.

Each morning the students are picked up in Newark and whisked off to a field trip site or to the Montclair State campus.

Days as an eco-explorer vary—campers take trips to natural sites and water resources management facilities, sit in MSU classrooms learning about environmental topics and get their hands dirty in a community garden plot at the university where they are growing cucumbers, tomatoes, kale and other produce.

The first week of camp included an all-day trip to Turtle Back Zoo, with highlights that included seeing snakes and small furry animals, according to campers, as well as the trip to the Bonsal Preserve and classroom lessons. 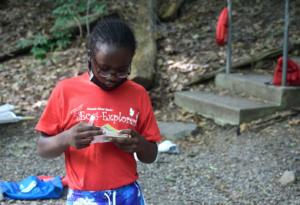 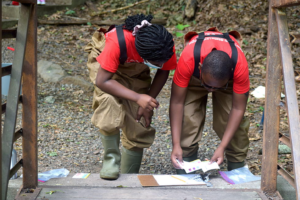 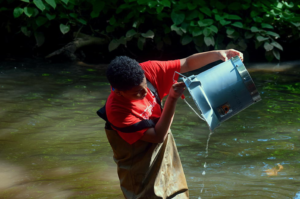 Sixth grader Amarkis Then searches for signs of life in the Third River during an Eco-Explorers field trip to the Alonzo F. Bonsal Wildlife Preserve. Photo credit: Talia Wiener 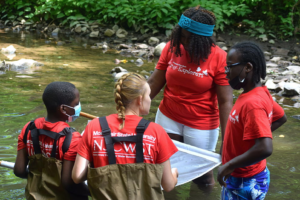 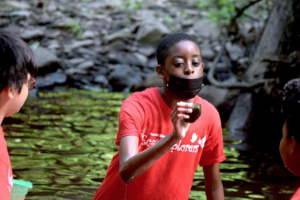 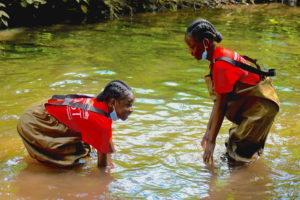 Twins Diane Lovell, left, and Delilah Lovell feel around in the Third River at the Alonzo F. Bonsal Wildlife Preserve. The two sixth graders are part of the Eco-Explorers Program run by the New Jersey Center for Water Science and Technology at Montclair State University. (TALIA WIENER/STAFF)

The lessons taught by the camp counselors, who are current or former MSU students with expertise in environmental and sustainability topics, focus on information that will be relevant for upcoming field trips. Before the trip to the Bonsal Preserve, students learned about watersheds and how to check water quality.

After catching a spotted lanternfly in their net at the Bonsal Preserve, campers asked her about the bug.

“It’s an invasive species,” she said.

“What’s that?” one camper asked.

“An invasive species is an organism that causes harm in an environment where it is not native,” another camper responded.

That’s Potocki’s favorite part, watching the students engage with the material and apply what they have learned.

“I love when they ask questions because you can see that they actually want to know more,” she said. 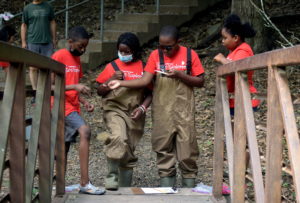 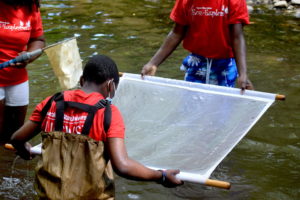 David Ojo Jr., a seventh grader at Link Community Charter School in Newark, and other members of the Eco-Explorers Program look for macroinvertebrates in the Third River at the Alonzo F. Bonsal Wildlife Preserve. (TALIA WIENER/STAFF) 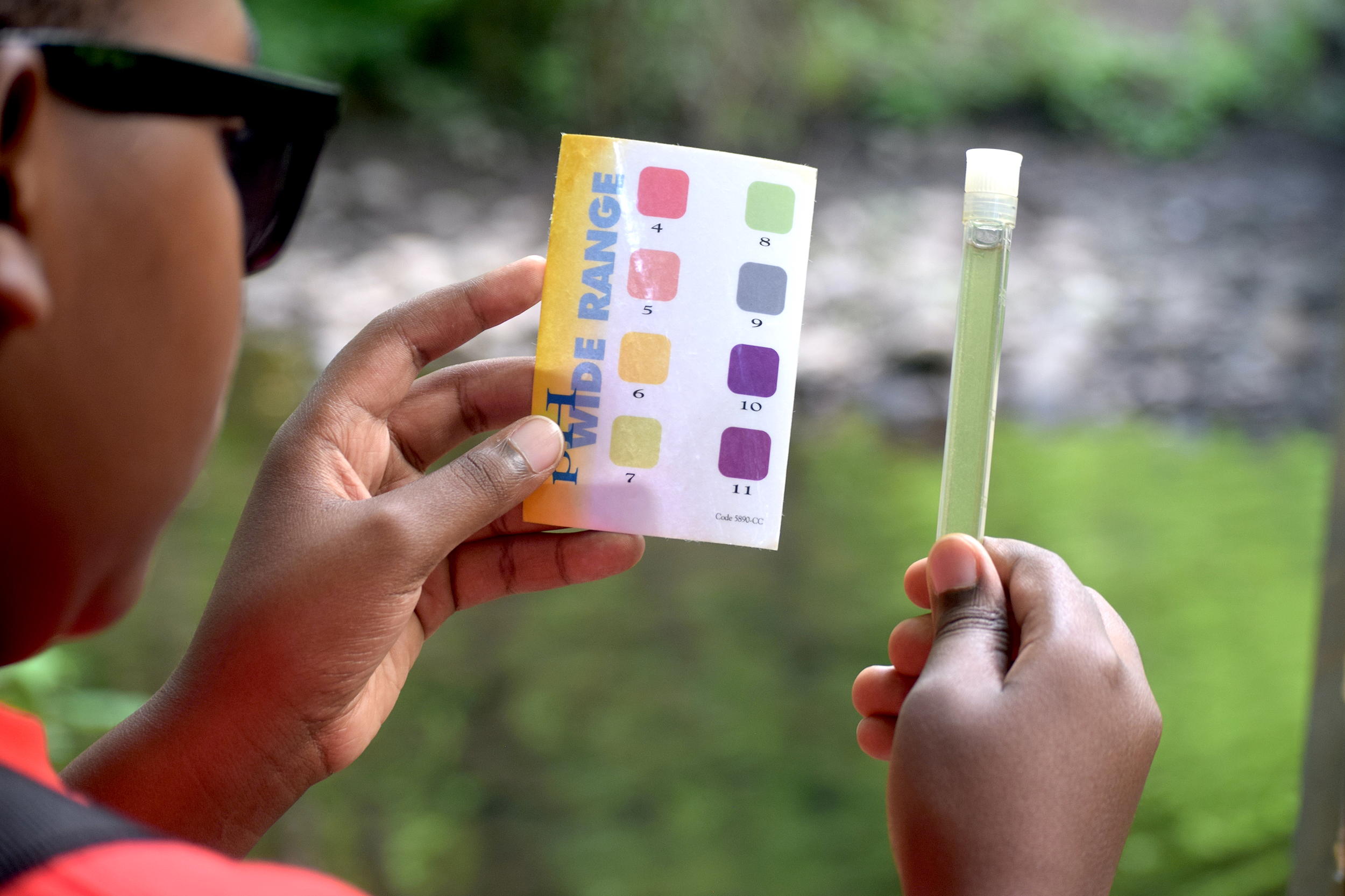 For many campers, this is the first time they’re being taught about these topics. For Delilah Lovell, the lessons at camp have all been new.

Exposing the students to new topics and lessons is what’s important, not that every single detail sticks with them, Potocki said.

“This is something that I would’ve loved as a kid,” she said. “I didn’t learn about macroinvertebrates until high school and college.”

One of the aims of the camp is to expose students to the tools that scientists use out in the field and in the lab. But those tools—long-handled nets, chemical testing kits and microscopes—often require detailed instructions. When they’re at a new site or in the lab, the counselors provide specific instructions for the tools, sometimes repeating them several times. But Potocki said she’s not bothered by the repetition.

“These are things that they’ve never done before, so obviously it’s all very new,” she said. “But they catch on quick—so far they haven’t broken anything.”

To test the water quality at the Bonsal Preserve, the campers conducted a series of tests, measuring turbidity, nitrate and phosphate levels, temperature and pH level. They filled test tubes with river water, mixed in dissolvable chemicals and waited for results. After all the tests were conducted, the students came together to discuss what the results revealed about the water.

The three camper groups—the blue salamanders, the cottontails and the honeybees—shared their findings and came to a unanimous conclusion. The river is healthy, they said. The counselors agreed.

“Yeah, me too,” another responded.