A resident-funded effort to slow down traffic in Montclair is awaiting approval from the township.

John Sullivan, a Bike&Walk Montclair board member, and residents of Dodd Street submitted a traffic-calming pilot project proposal to the township on May 25, hoping to slow drivers.

The township responded to the proposal and the group was told in May that the police and fire departments would take a look at the plan. But as of July 27, there has been no update, said Paul Mickiewicz, Bike&Walk Montclair president. 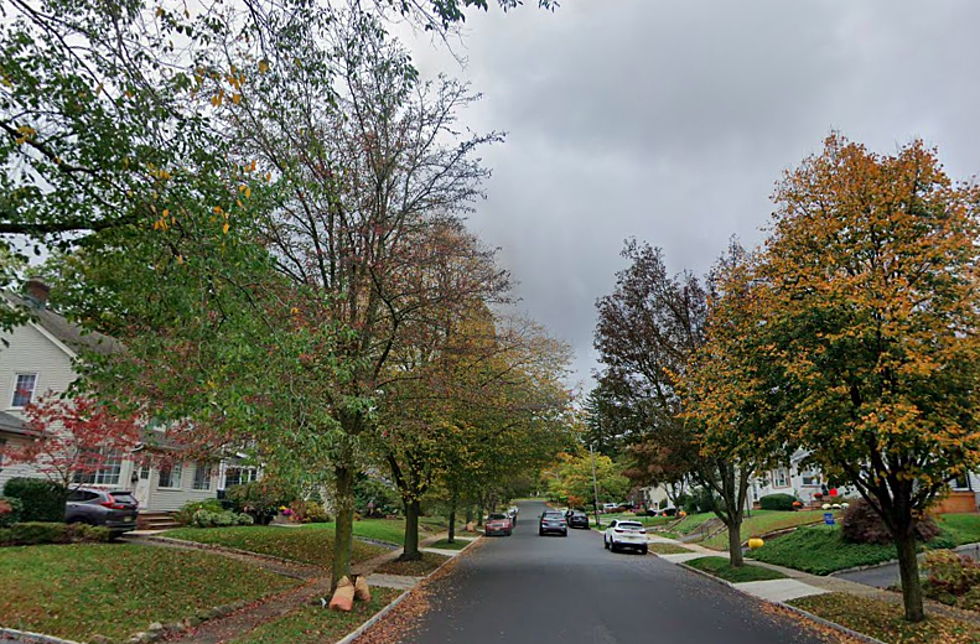 On July 21, Township Communications Director Katya Wowk referred questions about the proposal to Lt. Stephanie I. Egnezzo, Uniform and Traffic Bureau supervisor. Egnezzo is out of the office through Aug. 4, according to an automatic reply email from her township address.

A representative from the Uniform and Traffic Bureau said Thursday, July 28 that Egnezzo was the only bureau employee who could speak on the progress of the proposal.

On Monday, July 25, Second Ward Councilwoman Robin Schlager told Montclair Local that she had no new information to share on the proposal’s progress. Schlager visited Dodd Street and discussed the proposal prior to its submission to the township.

The Dodd Street traffic calming project proposes the placement of three chicanes—curb extensions or islands that narrow the road and require drivers to follow a curved path. Each chicane would protrude four feet into the roadway at its widest point, and they would be separated by 50 to 80 feet. The chicanes would be constructed out of lightweight and easily shapeable straw waddles, and flexible delineator posts would be used to mark their placement, according to the proposal.

“There’s sort of been a sentiment in town that’s really been boiling over that cars are going fast and blowing through crosswalks,” said Bob Manix-Cramer, Bike&Walk Montclair vice president.

“It feels scary and people are looking for some way to direct that anger and energy.”

Manix-Cramer has spent time tracking the speeding cars, using a speed gun to check how fast drivers move through Montclair.

“This isn’t some perception bias that cars are going fast,” Manix-Cramer said. “On 25-mile-per-hour roads, there isn’t a single car that’s within a mile per hour of that limit. The average is 10 miles above that, and the outliers are going 45 to 50” miles per hour.

“People aren’t going to say this—they want enforcement, but they don’t want it on them,” Mickiewicz said. “People want to get to where they’re going and they think they’re going to get there really fast by going faster. But the reality is, there’s going to be a red light up ahead.”

So the proposal had to “eliminate all of those excuses,” Manix-Cramer said. It provides an impermanent option that requires no funding from the township.

The chicanes would cost $100 each, but Bike&Walk Montclair has offered to pay for the materials needed to establish the chicanes and to provide technical assistance in the design and implementation of the pilot project, according to the proposal.

Residents have also said they would be interested in “sponsoring” a chicane — paying for the cost materials and greenery.

They would be constructed and installed by the neighborhood and Bike&Walk Montclair, without the assistance of any township resources.

First and foremost, the chicanes would reduce car speed, according to the proposal. Though the exact amount of decrease is dependent on many variables—street type, width and frequency of chicanes—they have been demonstrated to reduce speed by 6 to 10 miles per hour, the proposal says.

“The idea is to change motorists’ behavior by not giving them a nice, big, wide open clear straightaway, because that just makes people feel comfortable to drive at fast speeds,” Mickiewicz said.

They would also enhance aesthetics and environmental sustainability, providing opportunities for trees or other greenery, according to the proposal. The chicanes create a new space that can be used for gardening, be decorated for different holidays or house trees.

The proposal lays out a plan for the rollout of the project—a community meeting to map out implementation and assign tasks, a block party to come together and build the chicanes, and a data collection and feedback stage with community and driver surveys as well as speed readings using a radar gun.

This wouldn’t be the first street in Montclair to receive traffic-calming improvements, Mickiewicz said. South Park Street is “a poster child for all the great things you can do” to make streets more liveable and attractive, he said. The street, located right off Bloomfield Avenue, features a raised pedestrian plaza, trees and greenery, bollards and bumped out sidewalks.

The proposal’s goal is to increase safety for pedestrians and bikers in town, Manix-Cramer said.

“Every time you make one intersection a little bit safer, maybe one or two families can feel like they can walk to the grocery store and they don’t need that second car,” Manix-Cramer said.

“Let’s make the healthy choice the easy choice and make it easier for people to make these little trips and not be scared out of their mind,” Mickiewicz said.

While Bike&Walk Montclair aims to reduce car ownership, the proposal and the group’s intent is not to eliminate all car use or make driving more of a hassle, Manix-Cramer said.

“We’re trying to prioritize car movement that’s actually needed and parking spaces that people with disabilities or people from out of town actually need and not someone who lives 200 meters away,” Manix-Cramer said.

And Bike&Walk Montclair doesn’t see the proposal as an impossible ask, Manix-Cramer said. It’s the result of much thinking by the group to look for projects and ideas in town that are realistic.

“We want to position ourselves as a brand that has some credibility on this topic, a fleet of volunteers that are willing to help and some real experts in our board that can just play a role in helping to shape these existing things that are incremental but feel like progress,” Manix-Cramer said. “And to be met with disengagement and obstruction on even that, it’s just very, very frustrating.”

But a slow response from the township is unfortunately an expected response, Mickiewicz said.