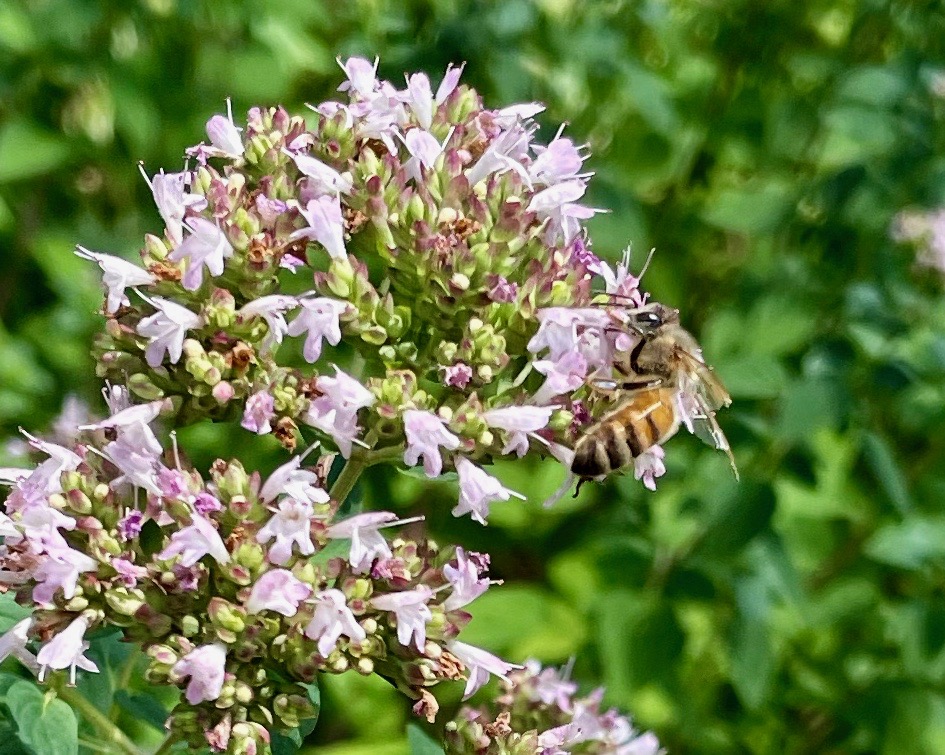 Bees are threatened in New Jersey, and across the country, by widespread, heavy use of insecticides called neonicotinoids (“neonics”).

New Jersey prides itself on being the Garden State, and this title can’t be earned without the presence and hard work of bees. Without bees to pollinate plants, New Jersey would not be known for its blueberries, cranberries, bell peppers, and tomatoes.

But bees are threatened in New Jersey, and across the country, by widespread, heavy use of insecticides called neonicotinoids (“neonics”). In response, this year New Jersey passed the “Save the Bees” bill, with the goal of protecting the well-being of bees by minimizing the use of neonics. This law puts New Jersey at the forefront of national efforts to keep pollinators safe, and will likely become an example for other states and places around the world. 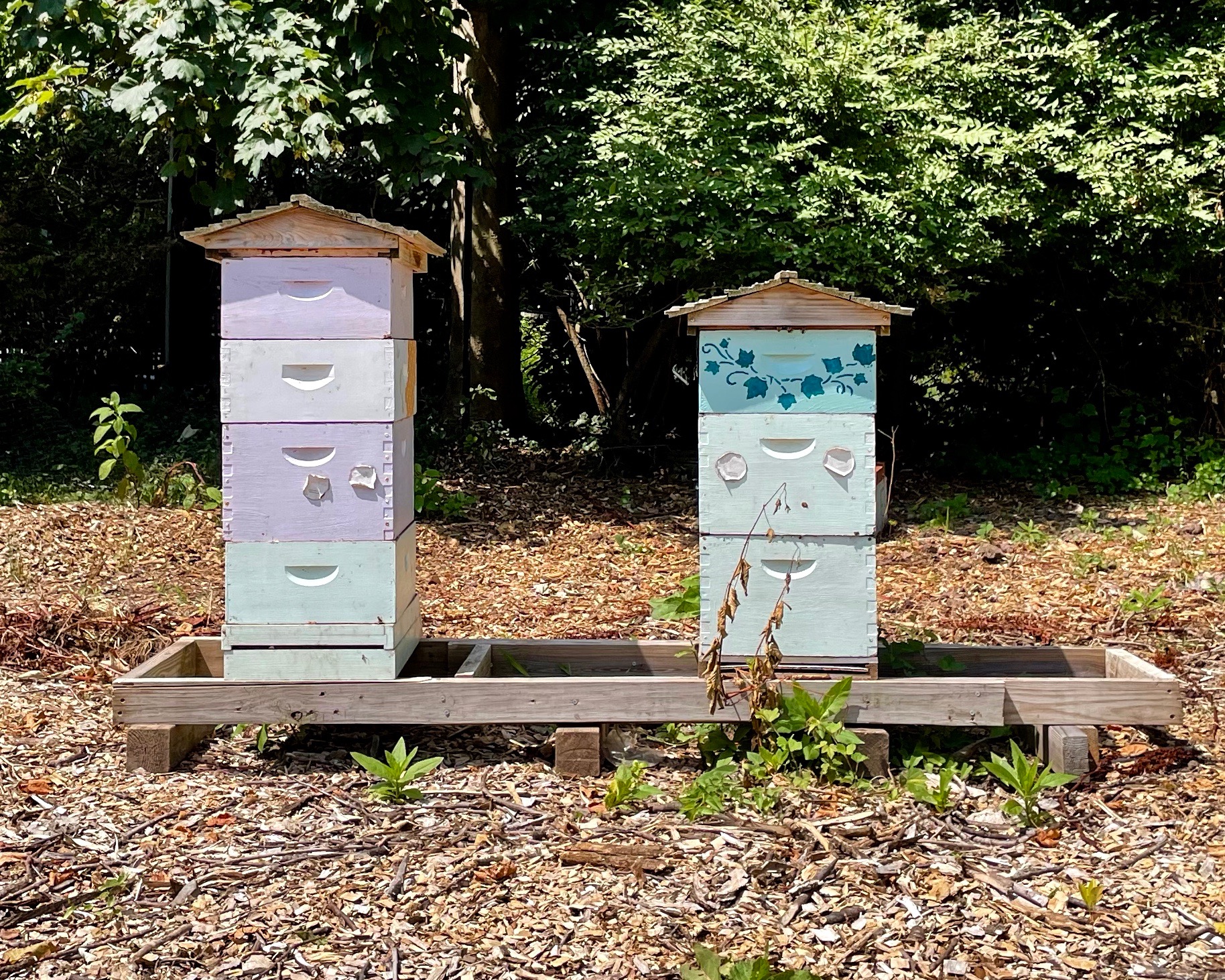 Beehives at Montclair Community Farms. Without bees to pollinate plants, New Jersey would not be known for its blueberries, tomatoes, and other produce.

Neonic insecticides were once considered a great form of pest control because they provided long-lasting protection against insects. Plants that are treated with pesticides can continue to be poisonous to bugs years afterward, since people tend to use them in unnecessarily heavy amounts. These insecticides have the unique ability to cover the seeds and roots of plants, so as a plant grows, it continues to take in the chemical.

This means that these particular insecticides can’t be easily washed or scrubbed off of produce, like other insecticides. They find their way inside treated plants. While that’s useful for protecting plants against insect damage, it also means that the neonics travel up the food chain, and bees, small and defenseless, can also suffer and even die.

A popular neonic called imidacloprid has been used all across the United States, and it is used excessively in the eastern states. A report from the Environmental Protection Agency says, “Between 2014 and 2018, across states and all agricultural usage, the estimated cumulative usage of 891,400 pounds of imidacloprid was applied to crops. The agricultural use in a single state that had the highest annual average pounds of active ingredient applied.”

But most neonic use in New Jersey isn’t even by farmers. It is used by people taking care of their yards, personal gardens, and greenhouses. For example, records from the New Jersey Department of Environmental Protection found that in 2016, almost 30,000 pounds of insecticides were used in lawn care.

The new bill stops insecticides from being used except for in agriculture. This means that the chemicals can’t be easily purchased in stores, and their levels in the environment will drop pretty quickly. 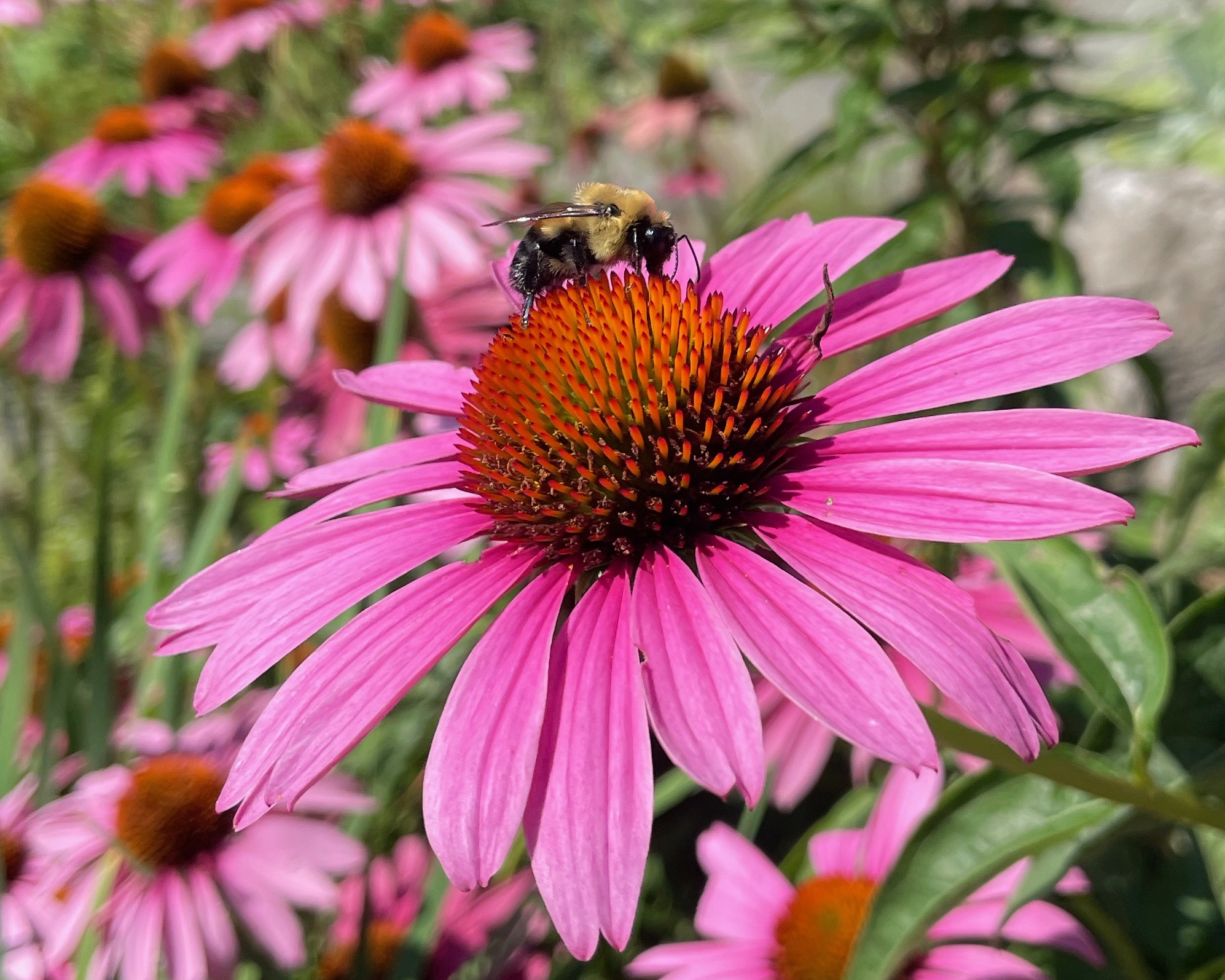 A bumblebee perches on a purple coneflower. New Jersey’s “Save the Bees” law protects the well-being of pollinators by minimizing the use of neonics.

Why save the bees?

Ironically, the widespread non-agricultural use of neonics has threatened New Jersey’s agriculture, which relies on honeybees and other types of bees for plant pollination. Since farming is a large income source and a trademark of New Jersey, the Garden State, it is important that bees are protected.

The dwindling bee populations recorded in New Jersey and worldwide within the last years are concerning to farmers, beekeepers, and others who rely on bee pollination. Made of 20,000 bee colonies, the domestic bee industry in New Jersey is worth about seven million dollars. Frighteningly, for the past ten years, bee populations have been dropping by up to 50% in the spring and summer.

Insecticides are a leading cause of major losses in bee colonies. It doesn’t help that they are heavily used and in so many places.

Honeybees are also valuable because of the many products that cannot be made without bee wax and honey. In addition to being a sweetener for food, honey is used for medical purposes and in skincare products, as is royal jelly, another bee product. Beeswax is used in a variety of everyday products including candles, soaps, lip balms, polishes, and creams.

Lastly, bees are a crucial part of the ecosystem, and the human race would be wiped out without the pollination of plants by bees. If neonic insecticides are a danger to bees, they’re a danger to mankind.

What can you do to help?

Luckily, the average citizen can consider a couple of different ways to support little pollinators in their state. The New Jersey Beekeepers Association gives some options that would make a big difference.

One option is to think about planting a pollinator garden featuring plants that flower in succession all throughout the year, so that pollinators always have somewhere to turn. Another strategy is to simply use fewer insecticides and herbicides in gardens. Both types of chemicals are viewed as causes of Colony Collapse Disorder, a syndrome marked by widespread death in bee colonies.

It’s also helpful to become an advocate for bees on a political level, by contacting your local officials and speaking on the importance of pollinator gardens at big events like town hall meetings.

Lastly, bees need clean water to thrive. In fact, once they find a source, it’s very difficult to get them to stop using it! Try using a shallow bowl and changing the water frequently; some sticks and stones should ensure that the bees don’t drown. Remember, bees are small, fragile creatures!

There is no Garden State without bees

The Save the Bees bill is currently the strongest law of its kind in the international attempt to defend bees against brain toxins that are a leading cause of death. The bill is a small but important step toward preserving the ecosystem that New Jerseyans benefit from.