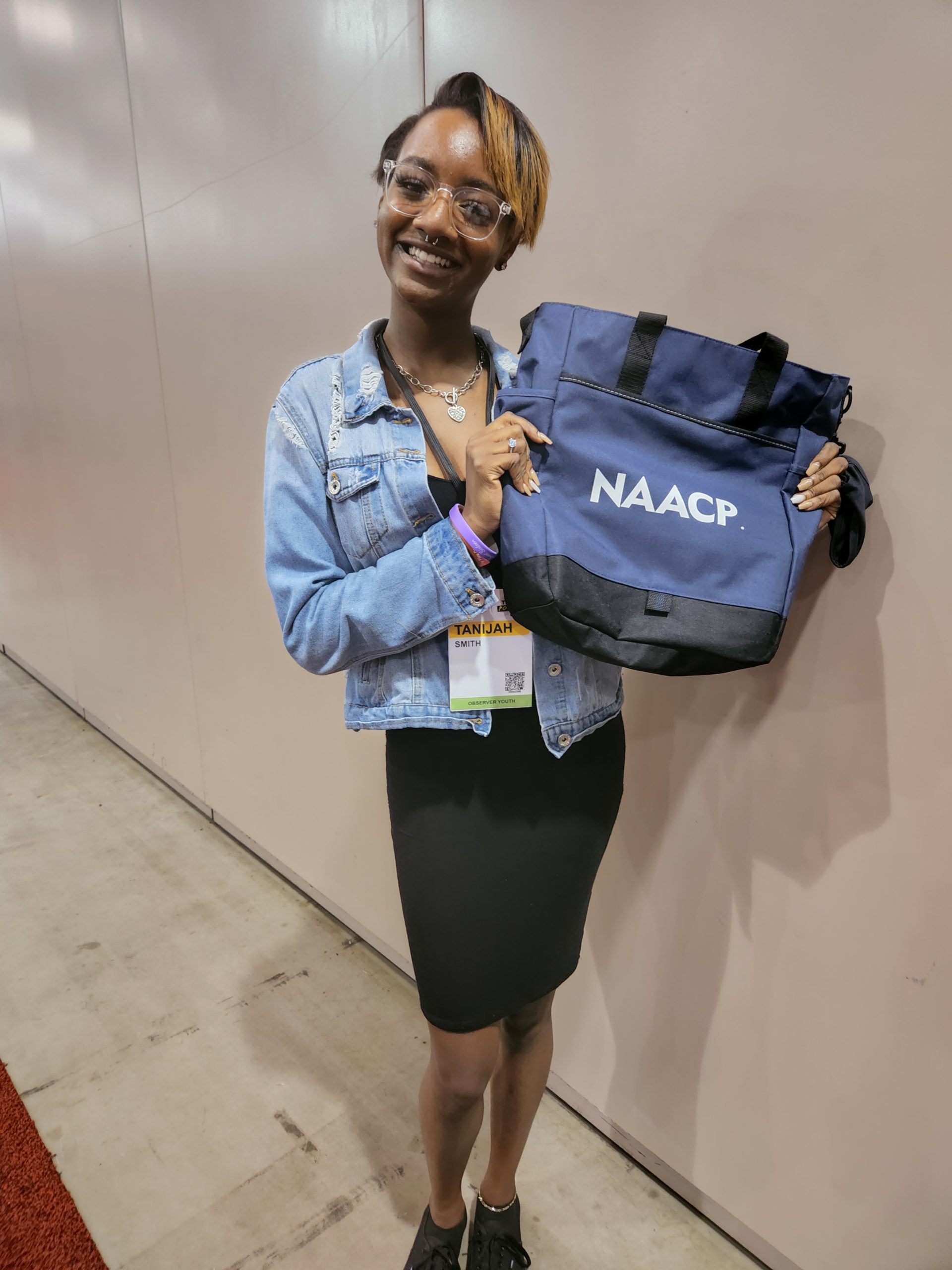 ATLANTIC CITY — When the world thinks about young people connected with the environmental and sustainability movement, images of youth like Swedish activist Greta Thunberg emerge, along with young environmental protesters taking to the streets in London and New York.

At the NAACP national convention in Atlantic City last week, a new cohort of sustainability activists started to take shape from around the country, and they learned, listened, and were inspired by calls for them to get involved in environmental justice.

Part of that newly motivated group was from the Atlantic City branch of the NAACP. After the Roy Wilkins luncheon at the convention, many talked about what they learned during the week of attending workshops and sessions — and more importantly, how they plan to put what they learned into action.

“I learned a lot of what we can do in the future to make this a healthier planet,” said Tanijah Smith, a graduate of Pleasantville High School who will be attending Rutgers University in the fall. “The dirty pollution we are breathing in is not healthy for us.

“I will definitely be doing more on recycling and watching what I do. Now I understand the change from plastic bags to paper and stuff like that and why it’s important. It was a lot to take in, but I will be using a lot of what I’ve learned.”

Like Smith, many of the young people said what they learned shook them enough to make them want to take action, both big and small. 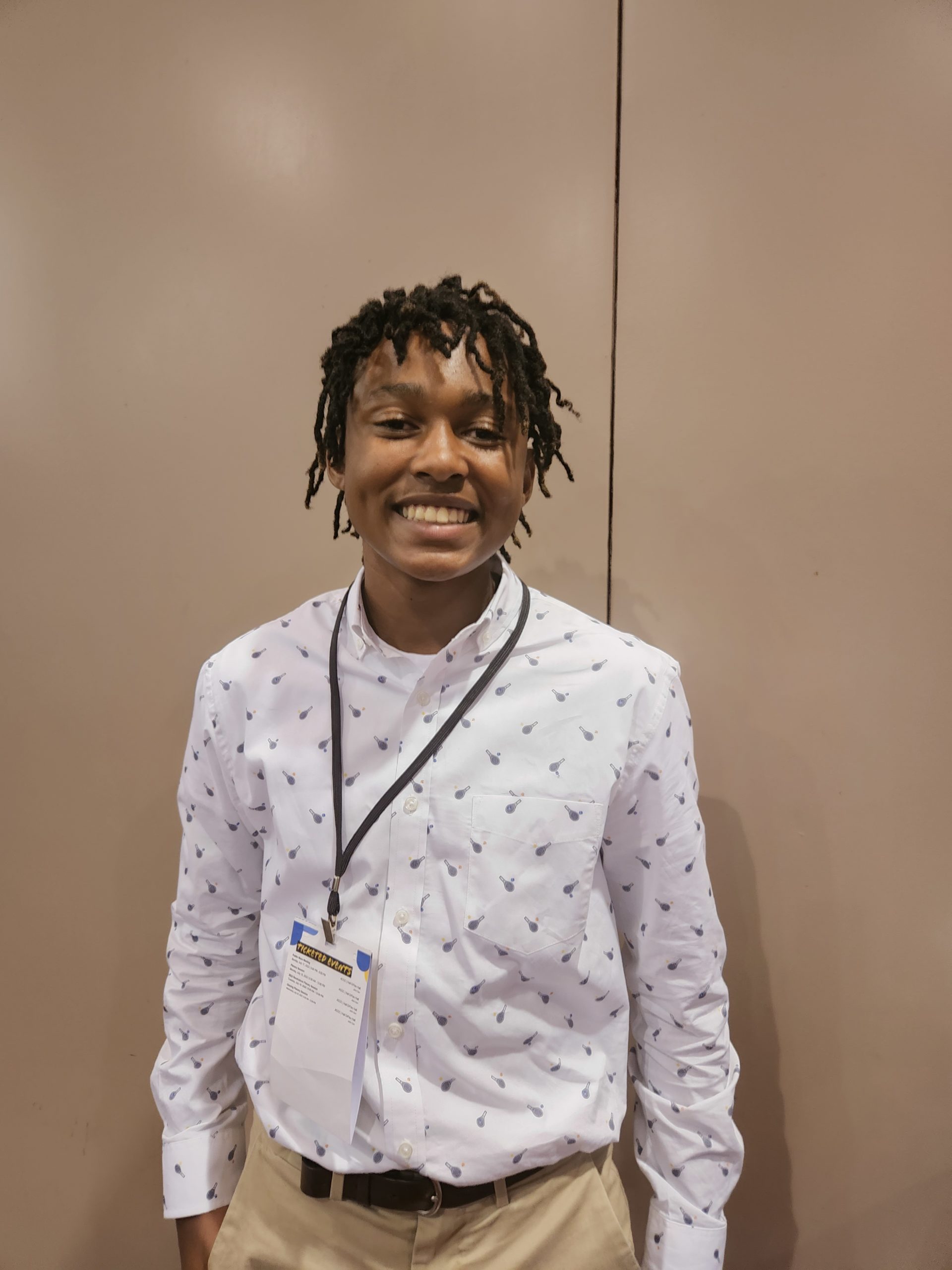 “I’ve been attending sessions where they told us what to recycle,” said John Carr, an incoming freshman at the Atlantic County Institute of Technology. “I’m very conscious about that. I learned the things that are recyclable and not. Because I’m more aware now, I’m recycling more and throwing things in the trash less.”

Carr said the luncheon and the workshop helped him start to connect the dots in his community in Atlantic City, which is already experiencing the effects of the rise in sea levels.

“Since I live in Atlantic City, I see that sunny-day flooding all the time when it’s high tide,” Carr said. “When I see that, I wonder what it will be like in the years to come when more water is coming in.

“I believe that we need to stop using fossil fuels but at a slow rate, at a rate where people can adjust. We use so much of it now and cities run on it, but over the next 30 years, we should be able to get to a state where we are running on clean energy instead.” 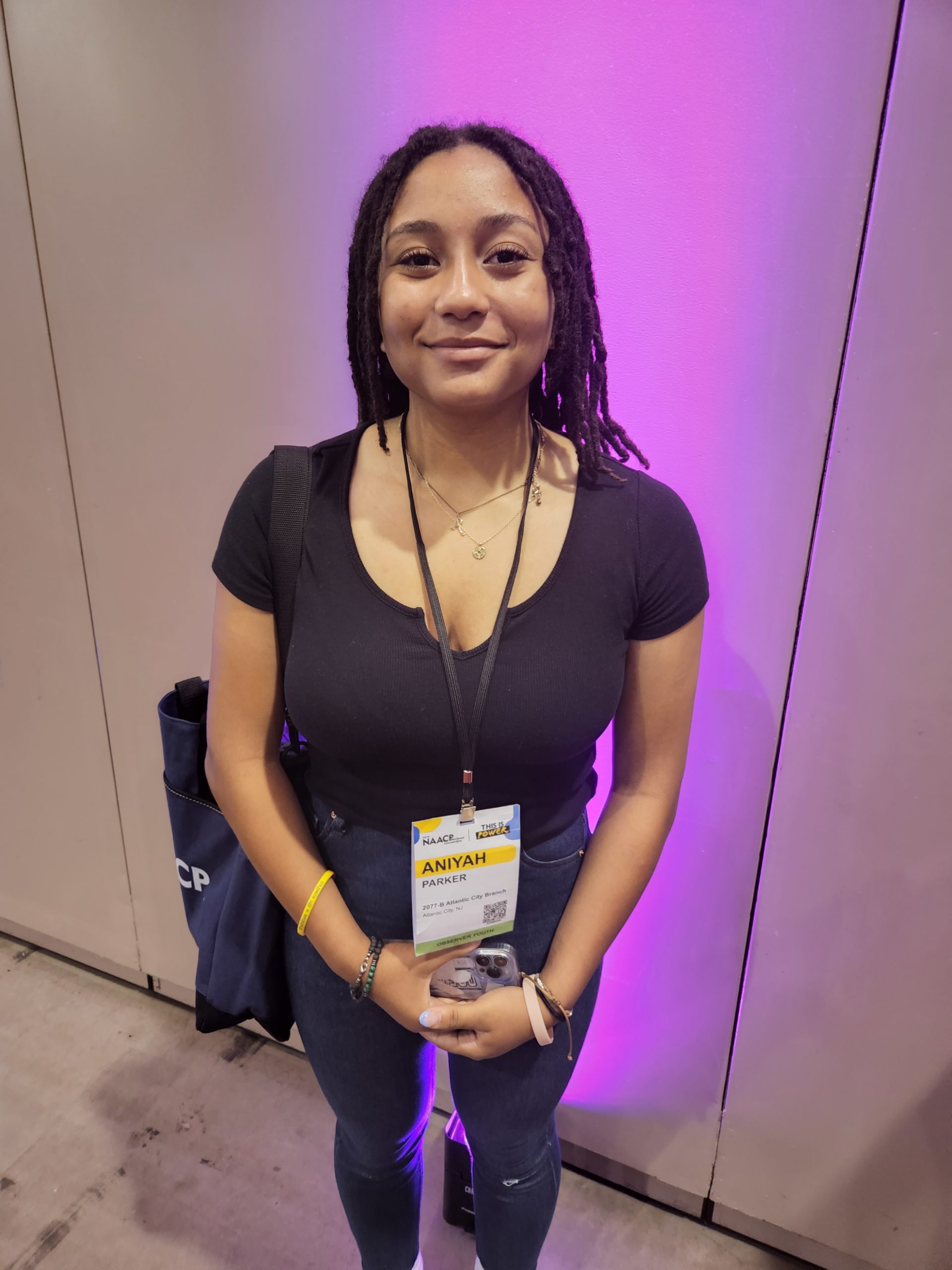 “My dad thought that it was a fun one to go to,” Parker said. “I learned just how important our world around us is and what we need to do to keep it nice, healthy, and clean for everyone.

“Before the luncheon, we were already doing a lot of those things. It definitely inspired me to take care of the land and will help me be more mindful of what’s going on around me. This will help me think more about sustainability.”

Jamiah Bailey, 17, a senior at Atlantic City High School, said she was surprised to learn how communities of color were treated so differently from majority-white communities in the location of plants and industries most associated with pollution and other environmental hazards.

“I knew that the decisions impacting our environment had something to do with race, but I didn’t know that it played such a huge part in it,” Bailey said.

Keely Calloway, a senior at Ocean City High School, said the environmental injustice impact made her want to learn more and get involved.

“I’ve always been interested in environmental justice, especially how it affects minorities and low-income areas,” Calloway said. “I did a research study on how inequality is affected through the environment and how a lot of pollution is put specifically in low-income areas, particularly in places with minorities. 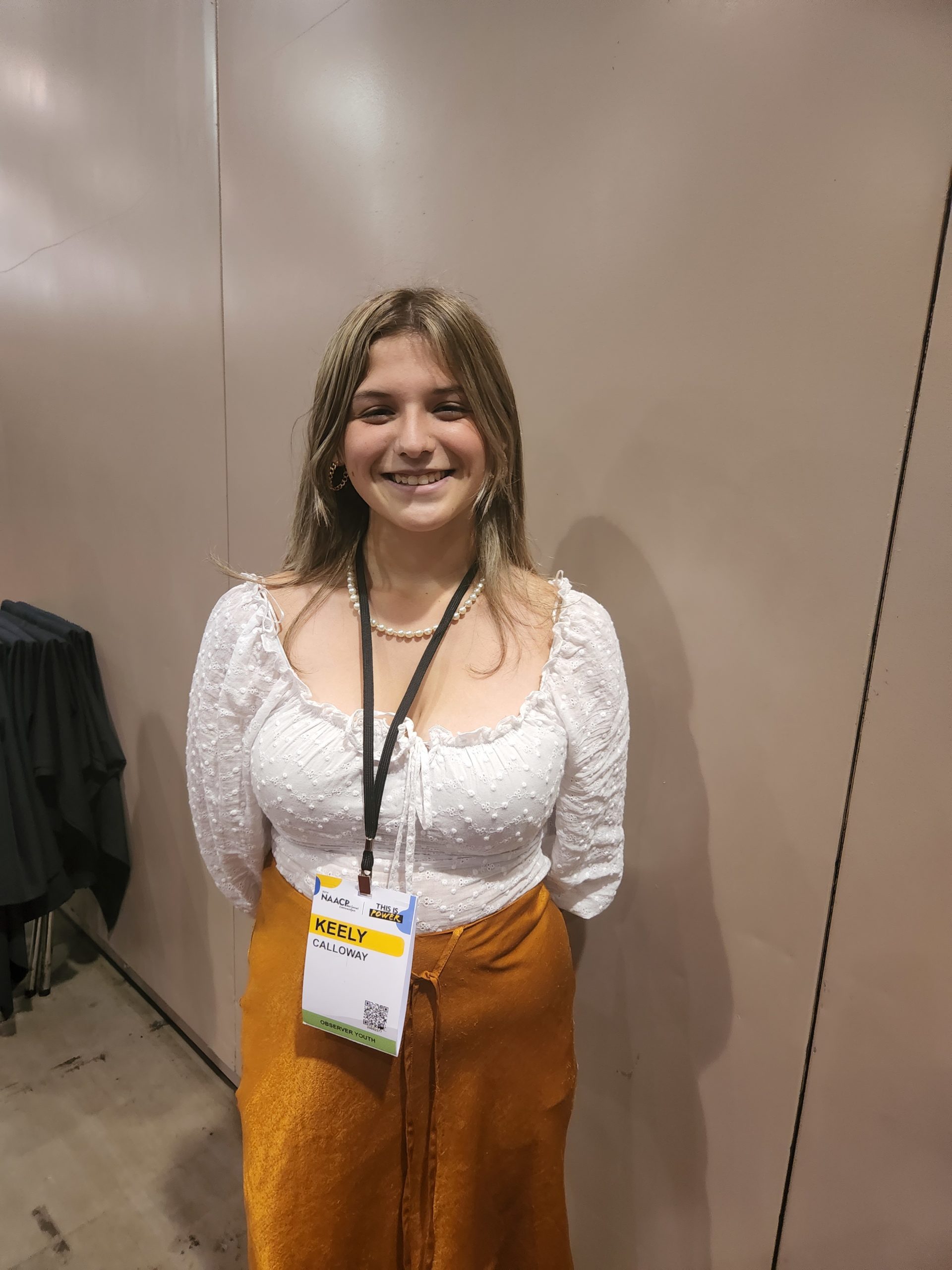 “It was already something I was really interested in, so it was really nice to learn more about it and what is being done about it around the country.”

Katherine T. “Kathy” Egland, NAACP national board member and chair of the board’s Environmental and Climate Justice Committee, said she was impressed with the response to these issues from youth. She also attended the Roy Wilkins Luncheon.

“It is imperative that we get young people involved and advocating on their own behalf when it comes to the environment,” Egland told Front Runner New Jersey. 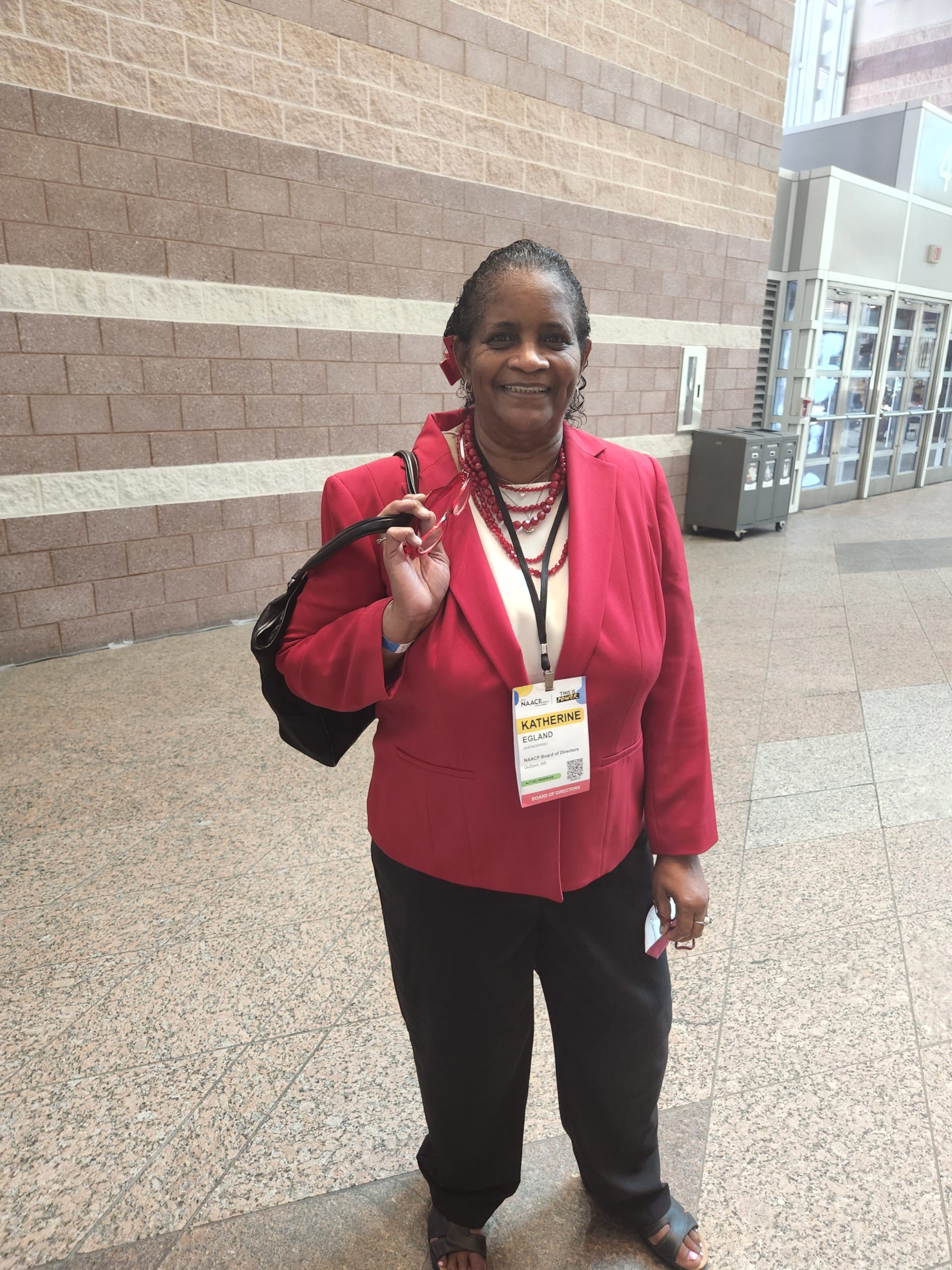 “It makes me feel so hopeful to hear the enthusiasm from the young people after the luncheon, because it lets me know they are listening and they are getting motivated. It also makes me believe that they are eager to learn more so they can be more involved.”

Civil rights attorney Abre’ Conner, director of the Center for Environmental and Climate Justice for the NAACP, said activism by young people, especially young people of color, will play a vital role in getting much-needed attention to the issue.

“Black communities are highly likely to bear the burden of industrial pollution, water toxins, and air quality issues,” Conner told FRNJ. “Black youth are the most likely within Black communities to be impacted by long-term health issues that come from these environmental decisions.

“NAACP is proud to uplift and center their voices because now is the time for the country and world to recognize the power of Black youth’s environmental activism.” 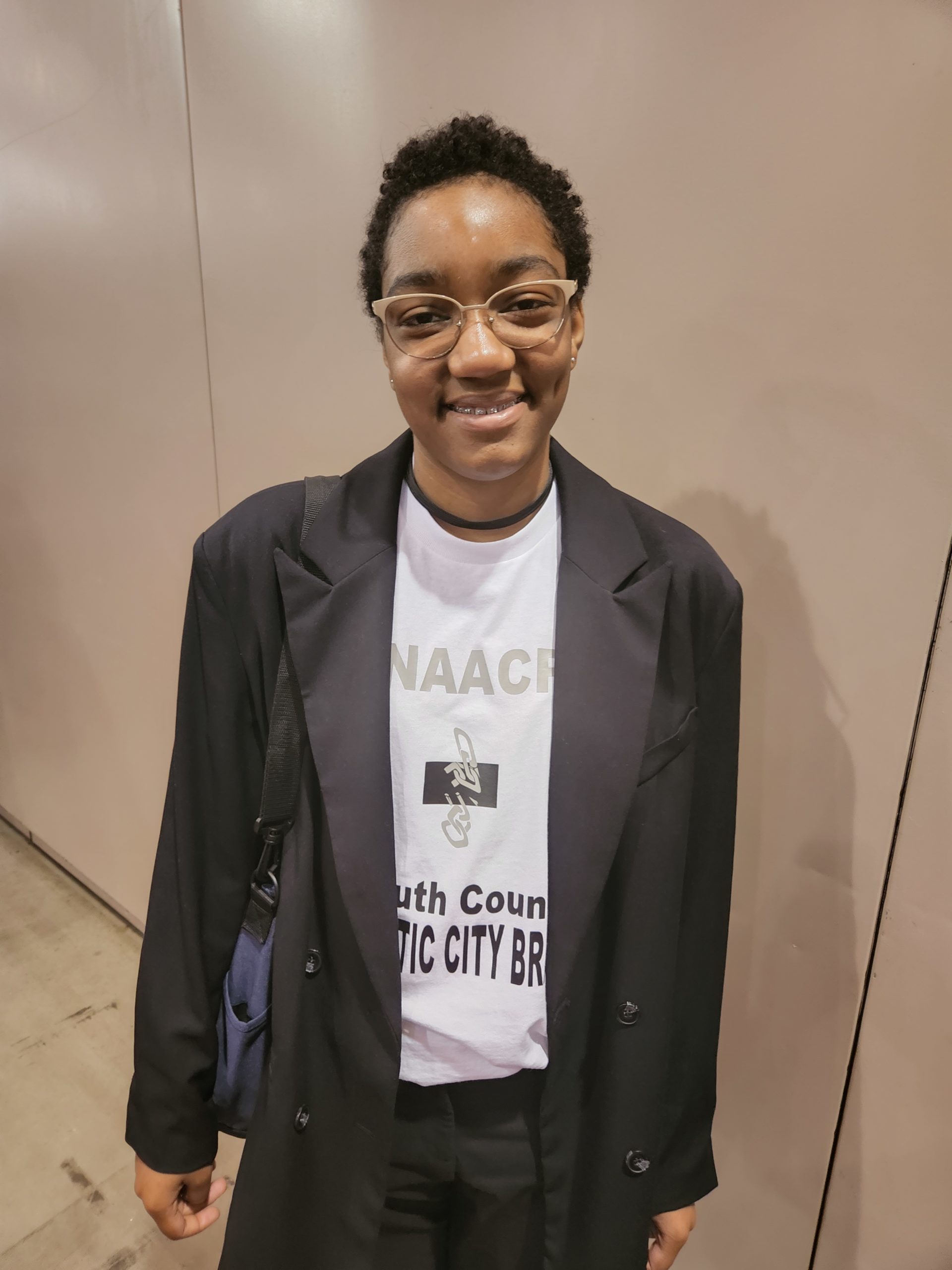 EDITOR’S NOTE: This story was co-produced in collaboration with CivicStory (www.civicstory.org) and the NJ Sustainability Reporting Project (www.SRhub.org). It was edited by Denise Clay-Murray, a veteran Philadelphia-based independent journalist, longtime member of the National Association of Black Journalists and a regular contributor to the Philadelphia Sunday Sun among other print and digital publications.